What Would Happen if All Data Was Publically Available?

What if I were to tell you that, by the time you finished reading this sentence, all personal data in existence was exposed? If every text sent, every Google search executed, every website visited, everything we had ever done online, was made public? Gizmodo recently reached out to an assortment of experts for their insights. Here, we’ve assembled their responses for you to consider.

One hypothesis essentially boils down the aftermath of such an event down to these two environments. Let’s consider what could be safely anticipated as immediate results of a complete loss of data privacy:

However, it is important that we also consider what is known as the Privacy Paradox, or the tendency that people exhibit to quickly adapt to revealed secrets. While there would certainly be a period characterized by outrage and general shellshock, this would quickly be adopted as the new status quo. In the long term, many of these hidden actions and behaviors may grow to be more socially acceptable, as it would be made clear how many people actively participated in them.

Basically, we would collectively grow tired of scandal, and victimless behaviors that are now taboo would become more acceptable as it was revealed how many people actually partake in them.

This acceptance, of course, wouldn’t be an all-encompassing rule. There are plenty of behaviors that are frowned upon despite their prevalence, like lying. However, many shameful secrets would become less of a burden once people knew how many others shared that shame.

It is also important to consider whose data we would collectively be most interested in reviewing. While we might assume that most people would look to dig up dirt on those around them, it is far more likely that the first step most would take would be to look themselves up to find out what other people will soon learn. Most people experience what is known as a positivity bias about the other people they care for and wouldn’t risk that bias being disproven without some serious consideration and emotional fortification.

Another theory dove more into the influence that such a shift would have on the business landscape. Defining a secret as nothing more than intentional “information asymmetry” (a situation where one person knows more than the other), the idea here is that every human interaction relies on some level of information asymmetry. While these asymmetries can be used to cause harm, most of their use comes in the form of relationship management. In other words, our ability to keep information to ourselves is beneficial to our relationships.

As this pertains to business, consider what would happen if there was no such thing as a trade secret from this point on. Right now, the very concept of a trade secret allows new businesses to be created and grow, disrupting the status quo and carving out their own piece of the market. Without these secrets, however (and remember, all secrets are now exposed) existing corporations and large businesses could latch onto these innovative ideas and develop them more quickly.

The result: big businesses get bigger, rich people get richer. Not ideal for society, as history has shown.

Yet another prediction incorporates a few phases into describing the overall impact of such a data dump. First and foremost (and most predictably), there would likely be chaos. This is dependent upon how all information was presented. If it was all in a single file… good luck. If it were somehow searchable, the massive influx of queries would likely result in a huge Denial-of-Service incident. The searches that are successful would likely have some tragic consequences.

Secondly, any systems that rely on secrecy and privacy would shut down to avoid a massive influx of abusive behaviors. The financial systems we have in place would have to freeze immediately, and modern voting systems would be nullified.

Third, everyone on Earth would have to adapt to the knowledge that was shared, and deal with the resulting consequences as best they could. Any information that can be made invalid, like passwords, should be changed, and others (infidelities and the like) would have to be processed.

This would all be influenced by the likelihood of a repeat incident. If it could repeat, new security protocols would need to be devised, and society would likely see some fundamental changes in response. Otherwise, life would continue, with a few hurdles as new tidbits from the disclosure came to light.

Finally, another theory posited that—contrary to what might be assumed—complete disclosure would ultimately bring people closer together. In many ways, this theory is like the one we reviewed first. This one just skips over the outrage.

In a way, this makes sense. After all, if you were suddenly made aware that someone in your life had x, y, and z secrets, while your secrets q, r, and s were revealed at the same time, the social balance wouldn’t likely shift all that much. Furthermore, these secrets being exposed could ultimately help to resolve many of them. The endgame here would be an increase in common ground between people.

The Importance of Secrets Today

Of course, because we still have personal data, it is important that you do everything you can to protect that which your business has collected from its clients and staff. Simply IT is here to help you implement the security solutions and best practices that help to prevent you becoming the cause of a data leak.

More posts from author
Monday, 21 September 2020 How Should IT Be Used as Employees Return to Workplaces?
Friday, 18 September 2020 Is Older Technology Really That Bad?
Wednesday, 16 September 2020 Tip of the Week: Gmail’s Newly-Improved Collaboration 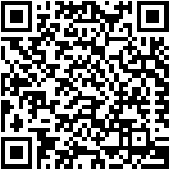