Your business’ data is perhaps its most crucial resource—which is why it is so important that it remains protected against all threats (including those that come from within your own business). Consider, for a moment, the ongoing trial of Xiaorong You, going on in Greenville, Tennessee. Accused of stealing trade secrets and committing economic espionage, You allegedly stole various BPA-free technologies from various companies—including Coca-Cola and the Eastman Chemical Company, amongst others—to the tune of $119.6 million.

Let’s consider how the implementation of insider threat detection methods could have minimized the damages that You allegedly inflicted on these companies.

Xiaorong “Shannon” You, a naturalized US citizen and PhD in Polymer Science and Engineering, has worked in the industry since 1992. From December of 2012 to August of 2017, she worked for Coca-Cola as a principal engineer for global research, moving to the Eastman Chemical Company to work as a packaging application development manager from September of 2017 until June of 2018, when her employment was terminated.

During her tenure at both companies, You had access to secrets that a limited number of employees were privy to. In the case of Coca-Cola’s secrets, You had retained them (despite affirming that she hadn’t in writing) and submitted them to the People’s Republic of China as part of her application for the country’s The Thousand Talents program in 2017. This program has been used before to introduce advanced technologies to China, with the Department of Justice having had some success in prosecuting these cases.

What Xiaorong You Allegedly Did

According to the case that You now faces, she retained this information by simply uploading data to her personal Google Drive account—or when dealing with particularly sensitive documents and physical lab equipment, she simply used her smartphone’s camera to capture images (bypassing the scrutiny of her employers’ information security teams). Once she had secured this information, You worked with a Chinese national named Xiangchen Liu to form a company in China that would use these trade secrets to generate its own profits, using an Italian BPA-free manufacturer to incorporate the stolen technologies onto their own products.

The theft of this technology has had an impact on various companies, including Coca-Cola and the Eastman Chemical Company, as well as AkzoNobel, Dow Chemical, PPG, TSI, Sherwin Williams, and ToyoChem.

Originally brought up on charges involving the theft of trade secrets in Tennessee’s Eastern US District Court in February of 2019, You was subject to another indictment in August 2020 that filed charges of economic espionage.

How You’s Employers Could Have Stopped Such Activities

Let’s take another look at some of the dates we just went over:

You’s employment at Coca Cola ended in August of 2017, while her indictment for crimes that allegedly took place during her time there didn’t happen until February of 2019. This suggests that the discovery of her activities at Coca-Cola didn’t occur until long after the fact.

This fact is indicative of two reasonable hypotheses:

By comparison, You’s considerably rapid termination from the Eastman Chemical Company would suggest that their data protection standards were much more robust than Coca-Cola’s were at the time, enabling the company to identify a security issue and properly investigate it much faster.

Just imagine how much the total damages—which now equate to about $119.6 million, as a reminder—could have inflated if Eastman Chemical weren’t able to catch You’s alleged activities so quickly.

It unfortunately goes to show how anyone given the opportunity in tandem with the right motivation—in this case, recognition and financial windfall—could become a serious threat to any company’s data. This means that every company should have the tools in place to prevent these activities as often as possible, as well as the means to catch them if they are to take place.

Simply IT is here to help facilitate that. Our remote monitoring and management services can help catch any suspicious activity on your business’ network, preventing both internal and external threats from taking root. We can also help keep your data on a need-to-know basis, preventing more data leaks—accidental or otherwise. 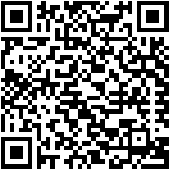